Our partner organisation "YWCA Bangladesh" sent us the following information from Dinajpur after the region was affected by severe flooding.

The suffering of the flood victims in Dinajpur is beyond imagination. The people affected are currently accommodated in various emergency shelters without food, shelter and drinking water. This devastating flood was caused by heavy rain on (12 and 13 August) and dam damage. According to the mayor's report, approximately 1.5 million hectares of rice and other grain have been destroyed. The city of Dinajpur and some of the surrounding regions are under water. People had to get to safety in schools and in elevated regions.

Thanks to numerous donations, 450 needy families were supplied with relief goods by the "YWCA Dinajpur" on 22 & 23 August. 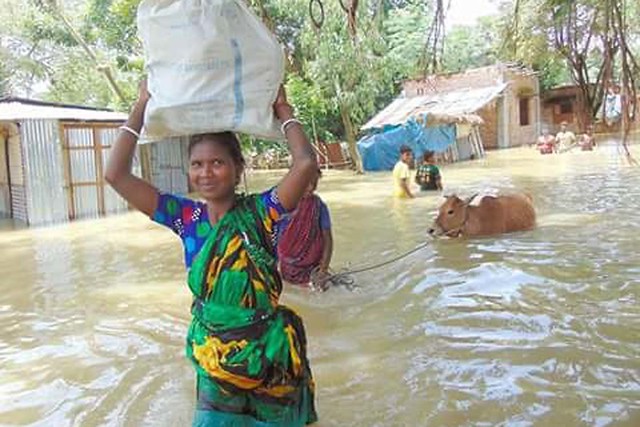